If you already have one working Tasmota device, make sure that the new devices have a unique “topic” setting, otherwise the app will skip the device because it thinks it’s already paired with Homey (devices are identified by their unique topic name).

By the way, there’s also a more specific Tasmota app that is more actively developed.

I finally managed to get it working with the sonoff app and mqtt broker.
When adding the devices you have to plug it out and (or turning it off and on) then it will find the device.

In that case, you should check with a dedicated MQTT client (like MQTT Explorer) if your devices are actually publishing data over MQTT.

I recently found that Sonoff devices with newer default firmware can be controlled directly again, through the recently added DIY mode.

Do you want to control the SONOFF device via your own app or home automation platform? DIY Mode helps!

The DIY Mode is designed for IoT home automation users and developers who would like to control the SONOFF device via existing home automation open-source platform or local HTTP client instead of eWeLink App. In DIY Mode, when the device is connected with the network, it will publish its services and capabilities according to the mDNS/DNS-SD standard. Before publishing the service, the device has enabled the HTTP server on the port declared by the DNS SRV record. Device exposes the capabilities through an HTTP-based RESTful API. Users can obtain device information, control the device by sending an HTTP API request.

But since Robert stopped using his Homey, what’s next?

Tasmota app more “actively” developed . ? Though I very much appreciate the efforts of the guy that is doing the Tasmota app that project is mostly dead. The guy doing it barley spends any time on it and there is very little progression on it. I’ve been using the Homey system for a few months now. I think it’s great. I really like it. I was actually thinking of starting up a Home Automation design and consulting service here in Australia and using the Homey platform as a recommended platform for customers. What worries me is that after 3 years of conception device support for the Homey platform seems to be fairly half assed , It seems incomplete and appears to be grinding to a halt rather than progressing. Sonoff is one of the most popular hardware products on the market. It’s hard to believe that only this small list of Sonoff devices is supported and it’s nearly 2021 and now just discover no future devices are being worked on… The home automation market very heated right now… Right “now” is going to decide the future of who wins and who loses. All companies that fall behind during this very important period are ultimately going to lose and fade away. From what I’ve observed device support for Homey seems to be declining rather than progressing. If it keeps going on this “falling” trajectory Homey will lose and fade away if it doesn’t change course. In your option would I be better off investing my money and time in a different platform . Sorry I know these comments and questions are not Sonoff specific but a lot of us Homey users out there would really like to know what your opinion is on this as you’ve been heavily involved with it and now you don’t use it anymore.Do you have any words or comments that will give us some hope that the Homey platform has a future ? I’ll lose a lot of money if it fizzed out … Thanks , Russell , Brisbane Australia…

Plenty of people are happy with Homey and its device support. I moved to Home Assistant a long time ago (hence I stopped actively developing my Homey apps), and very happy with it.

Were external temperature sensors a part of in th10 integration?

Yes, but only one sensor per device.

Is this app still supported?
Because when I look on GitHub there are a lot of open issues to handle.

Is this app still supported? 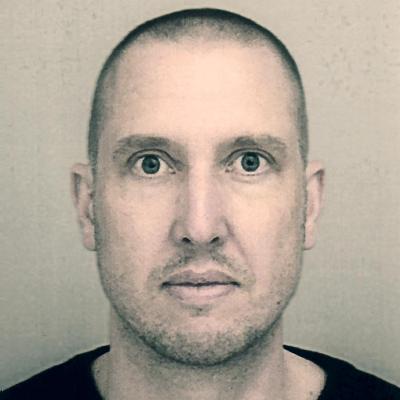 Homey driver for Sonoff devices. Contribute to robertklep/name.klep.sonoff development by creating an account on GitHub.

Hey guys, does Sonoff R3 dual works with Homey?
I would like to use it for lights and also for outdoor blinds but I can’t find it in the list of supported devices.
Thank you

Possibly only with older Tasmota firmware (for which the Tasmota app is a better choice), but certainly not out of the box.

thanks…I am ready to change firmware but idk which version of tasmota firmware should I use. Could you please help me?

You should use the Tasmota app. I think it’ll work with the latest version.

Hello,
Sonoff 4ch pro 2 is it compatible with the app?
Thanks

Ok, so if I buy a 4ch pro 2 with new firmware, is it possible to downgrade it to an older version?
And how do it?

I don’t know if newer versions of Tasmota will allow downgrades. Perhaps you should consider using the Tasmota app instead.

This app became redundant some time ago. Don’t bother with it. You’ll be wasting a whole bunch of time. Your better off flashing your device with the latest Tasmota firmware and using Homey’s Tasmota App.